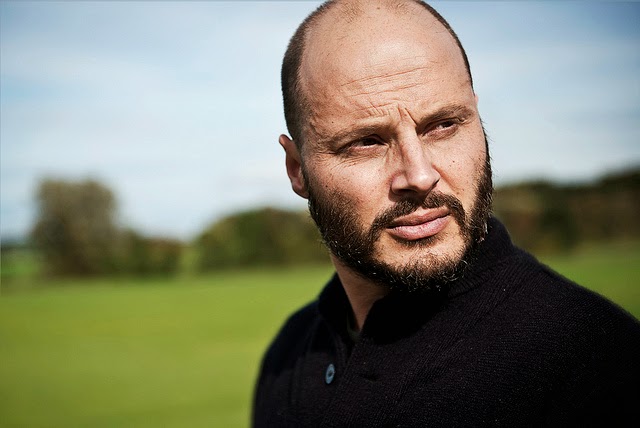 Belgian director Fabrice Du Welz studied at the Conservatory of Dramatic Arts in Liege and at INSAS, a film school in Brussels. But his deep, abiding love of horror movies might be more relevant to his work as a filmmaker than any formal training. A look at his career is definitely in order since his new film Alleluia will be playing at the Toronto International Film Festival's Vanguard programme.

With his explosive, controversial debut film Calvaire (2004), Du Welz was unfairly lumped in with the subgenre of "torture porn" by a few unimaginative critics. Strongly influenced by both Psycho and The Texas Chain Saw Massacre, Calvaire is a "very strange fairy tale," a dark, grotesque psychological thriller that defiantly transcends genre conventions. In it, Laurent Lucas portrays Marc Stevens, a traveling chanteur who finds himself trapped in the midst of the lonely Belgian countryside when his van breaks down a few days before a Christmas gala at which he's scheduled to perform. Unfortunately for Marc, the people who come to his aid have some serious unresolved issues and he suffers unimaginably as a result.
Although Du Welz's second feature, Vinyan (2008) is far less gory than Calvaire, it is still dark and psychologically disturbing. Rufus Sewell and Emmanuelle Béart play Paul and Jeanne Bellmer, a couple who lost their only child, Joshua, in the 2004 tsunami. While watching a video of children being held captive in Burma, Jeanne becomes convinced that one of them is her son. She and Paul embark upon a dangerous mission to find him, and in the process their sanity unravels. Vinyan is a stunning accomplishment with incredible production and sound design and a gorgeous score from François Eudes (À L'Intérieur).

Du Welz's latest, Alleluia, is his cinematic interpretation of the lives of real-life murder couple Martha Beck and Raymond Fernandez, but set in Brussels. Like he did in Calvaire, Laurent Lucas stars. We wanted to find out what inspires du Welz, so we asked him.
1. You've said that your first love is horror, but that you don't like the mainstream Hollywood horror movies or those horror movies that "close doors." What are some of your favorite recent horror films that you feel allow the audience to explore their imaginations?

Honestly, with time it's very difficult for me to be surprised and thrilled about modern horrors films today. Last time I've been impressed by horror was with Kill List by Ben Wheatley, Antichrist by Lars von Trier, or Under The Skin by Jonathan Glazer. Those films provoke you and I love to be challenged by films. [All of these films screened at TIFF!]

2. The director of photography on Alleluia is Manu Decosse, who filmed Hélène Cattet and Bruno Forzani's Amer and The Strange Colour of Your Body's Tears. Are you a fan of the Giallo genre and if so, which movies are your favorites?

I love Bruno and Hélène's films. They are friends. Manu Dacosse is a very gifted DOP and he'll be very present in the future. Of course I love the Giallo genre even though my cinema is very different from B&H's work. Some aspects of Alleluia could be related to Giallo but it's not Giallo.
3. As a director who believes in strong characters in films, who are some of your favorite film characters and why?

I always prefer strong female characters. We have so much to learn from women... I do, at least...

4. Are there any films that people might be surprised to find out that you like or which have influenced your own work?

So many films influenced my personal work. Before being a filmmaker I am a cinephile. I had always watched loads of films. I cannot mention here all the films I love. All I can say is during Alleluia's production I watched and rewatched Zulawski's Possession a lot...

5. Alleluia is part two of your Ardennes trilogy (with Calvaire being part one). What are your plans for part three?

Yes, we have plans and Vincent Tavier and I are working on the script at the moment. I cannot tell you more right now.

There's just enough time to catch up on du Welz's cinematic influences as well as his own filmography before Alleluia premieres, so head to your favorite cool local video store and get some popcorn ready.