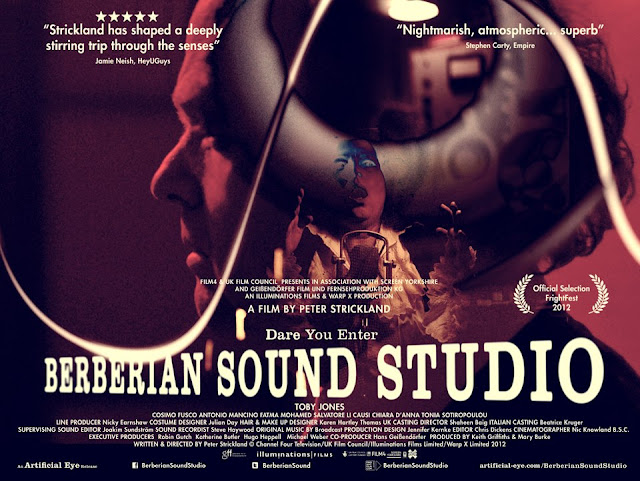 Vanguard film Berberian Sound Studio follows a sound engineer as he attempts to work on a horror film. Usually we forget about how important sound is to a film. Without sound, a movie would be, well, a silent movie. And it's not just the soundtrack or score we're talking about, but all of the sound. Every footstep, cough, pencil scratch, fabric swoosh, etc is oftentimes carefully crafted and edited by talented sound engineers. This art of recreating every day sound effects is known as Foley. We could tell you all about it, but we thought this video of award-wining Foley artist Gary Hecker talking about his craft was way cooler.

First of all, are you suggesting coconuts migrate? Second of all, it's amazing all of the random, seemingly insignificant sounds that a Foley artist painstakingly crafts in order to create a realistic sound environment for a film. Foley artists everywhere: we salute you *insert salute sound effect*.

Be sure to check out Berberian Sound Studio for a thrilling, nightmarish take on the art of Foley.