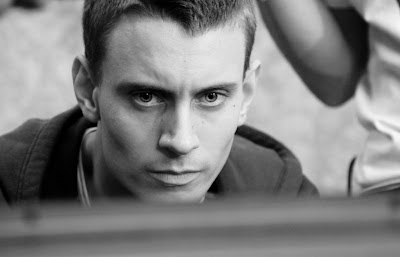 Young Norwegian writer-director Aleksander Nordaas is bringing his feature Thale to Toronto after a number of screenings at other North American festivals. Audiences at SXSW in Austin and the Seattle International Film Festival have already been wowed by Nordaas' "thale" of a mythical creature called a huldra accidentally discovered by two forensic cleaners.

Nordaas has previously directed one feature (2005's Sirkel) and one other short film (2008's In Chambers, which is embedded below).  As reported by Twitch, Nordaas recently released an animated short film featuring pieces of driftwood in an aquarium. You can see Kind of Fishy below or download a longer version at its own dedicated web site.

Posted by James McNally at 8:33 AM